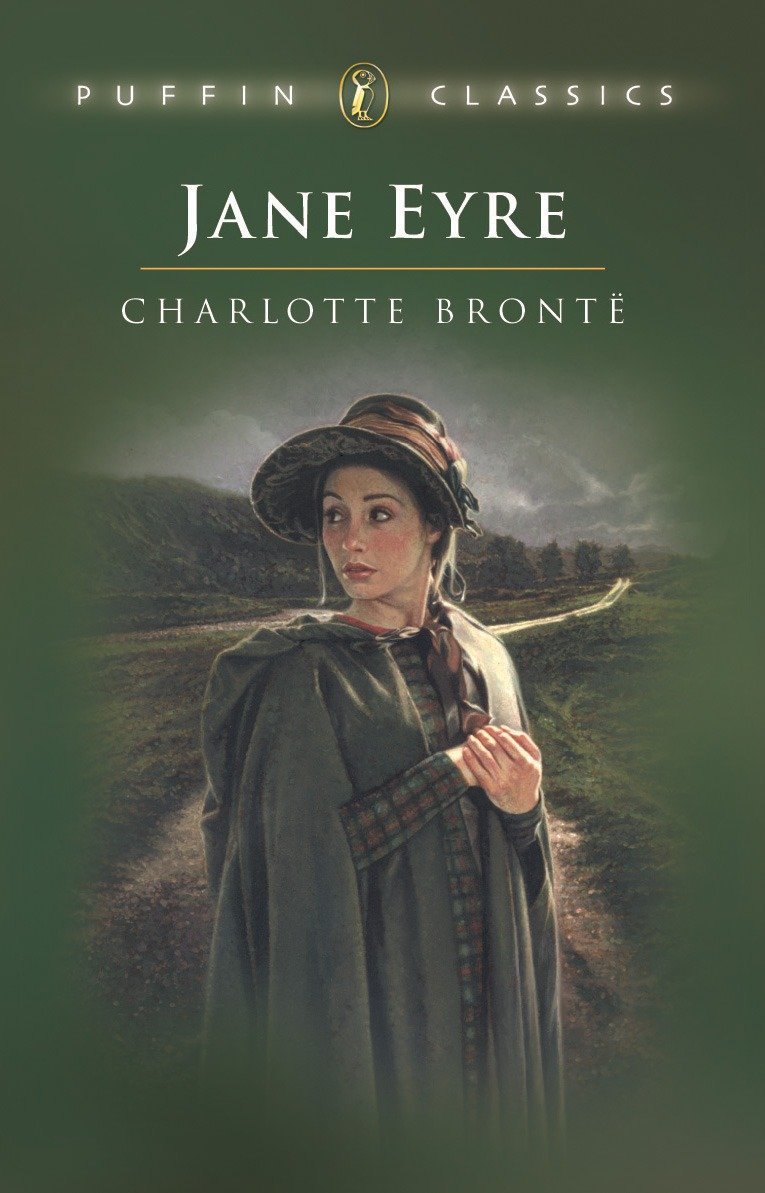 INTRODUCTION TO JANE EYRE 'JANE EYRE' was first published in October 1847. Half a century since this tale of the North by an unknown writer stole upon London, and, in the very midst of the serial publi- cation of ' Vanity Fair,' took the town by storm, obtaining for its author in the course of a few weeks a success which, as the creator of Becky Sharp afterwards said to her, a little sadly and sharply, 'it took me the work of ten years to achieve.' Half a century, in the view of the Roman Church, is often hardly sufficient to decide even the first step in the process of canonisation ; it is generally amply sufficient to decide all matters of literary rank and permanence. How has the ver- dict gone in the case of Currer Bell ? Have these fifty years 'cut all meaning from the name,' or have they but filled it with a fuller content, wreathed it with memories and associa- tions that will for ever keep it luminous and delightful amid the dim tracts of the past ? Judging by the books that have been written and read in recent years, by the common verdict as to the Bronte sisters, their story, and their work, which prevails, almost without ex- ception, in the literary criticism of the present day; by the tone of personal tenderness, even of passionate homage, in which many writers speak of Charlotte and of Emily ; and by the increasing recognition which their books have obtained x JANE EYRE abroad, one may say with some confidence that the name and memory of the Brontes were never more alive than now, that ' Honour and Fame have got about their graves ' for good and all, and that Charlotte and Emily Bronte are no less secure, at any rate, than Jane Austen or George Eliot or Mrs. Browning of literary recollection in the time to come. But if the Brontes live, their books live also. There are some names of the past Byron Voltaire that are far greater now, more full of magic and of spell, than the books associated with them that are, in fact, separable from the books, and could almost live on without them. But Charlotte Bronte is Jane Eyre and Lucy Snowe. You can- not think of her apart from what she has written, and every- thing that she wrote has the challenging quality of personal emotion or of passion, moving in a narrow range among very concrete things, and intimately fused throughout with the in- cidents and feelings of one small, intense experience : so that, if one finds, as one does find abundantly, that the Brontes are remembered, it must be that their books are read, that people still sit up into the night with 'Jane Eyre,' and are still as angry as they were at the first, that they can get no one to assure them of Paul Emmanuel's safe return. So it must be; and so, indeed, the personal experience of most of us can vouch that it is. Nevertheless, here and there one may hear a protesting voice. Here and there a reader and generally a reader of more subtlety and range than his fellows struck with the union of certain extrava- gances and certain dogmatisms in Charlotte Bronte's work, with the weakness of Anne's and the crudity of Emily's, will dare to say, ' Not at all ! The vitality of the Bronte fame does not mean primarily the vitality of the Bronte books. It  is a vitality which springs from the English love of the pa- thetic and the picturesque, and the English tendency to sub- ordinate matters of art to matters of sentiment. Mrs. Gas- kell, herself an accomplished novelist, wrote an account of these lonely girls on a Yorkshire moor, struggling with pov- erty and consumption, developing genius in the very wrestle with death, taking the heaven of fame by violence, and per- INTRODUCTION xi ishing in the effort. She showed them to us oppressed by poverty and by daily contact with a vicious brother, and yet, through it all, remaining dutiful, loving, and virtuous, as the good English public likes them to be: she describes the deaths the piteous deaths of two of the sisters in the very moment, or on the very threshold, of success, and, finally, her narrative brought us to the death of Charlotte herself Charlotte snatched from happiness and from motherhood, after one brief year of married life : and so skilful is the tell- ing, so touching the story, that the great English heart goes out to it, and forthwith the Bronte books must be books of genius, because the Brontes are so interesting and their story so tragic.' Perhaps this explanation is put forward to account rather for the continuance of the Brontes' fame than for their origi- nal success. Such a critic would admit that 'Jane Eyre' is at least a vivid and exciting story; that 'Villette' has at least passages of extraordinary brilliance: but he will obsti- nately maintain, none the less, that other books, now forgot- ten, have had as much, and that the Bronte ' legend ' has unfairly strengthened the claim of the Bronte stories upon posterity. Let us see how such a contention stands in the case of ' Jane Eyre.' ' Jane Eyre ' to run through a summary of the plot is the story of an orphan girl, reared at a Charity School amid many hardships, going out into the world as a governess, and falling in love with her employer, Mr. Roch- ester. She yields herself to her own passion and to his masterful love-making with an eager, an over-eager abandon- ment.